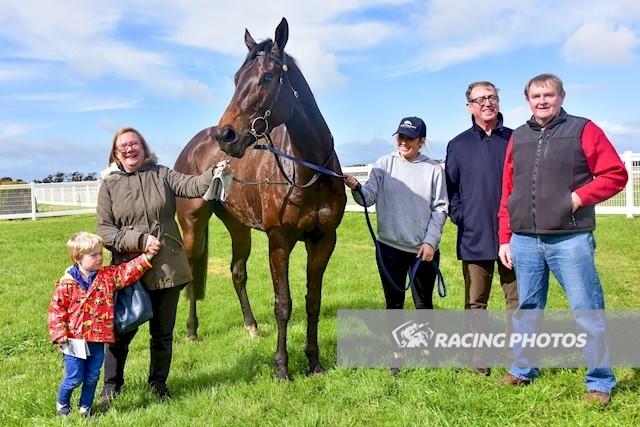 Always keeping a horse’s individual needs in the top of his mind when preparing them to race, Mitch is well aware that each horse requires different sorts of work. And with No More Roses it is a case of plenty of it!

“She is a really big mare who has taken a lot of work to get fit,” he said, pleased after the four-year-old daughter of Melbourne Cup Fiorente’s good debut showing and happier still as she progressed leading into her second start at Donald on Saturday.

“She improved greatly off having that first run,” he said and a step up from 1400m to a mile was always going to suit.

“She ran the distance out strongly and should improve further as she gets up over even more ground,” he said.

Amongst the favorites on Saturday, No More Roses got into a lovely rhythm midfield for Daniel Stackhouse, looming up turning and finishing off gamely as the leader gave a kick half way down the straight.

A home-bred for Paul Gorey, No More Roses is the final foal and seventh winner produced by the Tirol mare Kildara Rose – also dam of the city winners Island Bar and Playful Rosie. This is a family that has produced a number of high class gallopers including the Golden Slipper heroine Burst and the Doomben Cup winner Bush Padre.