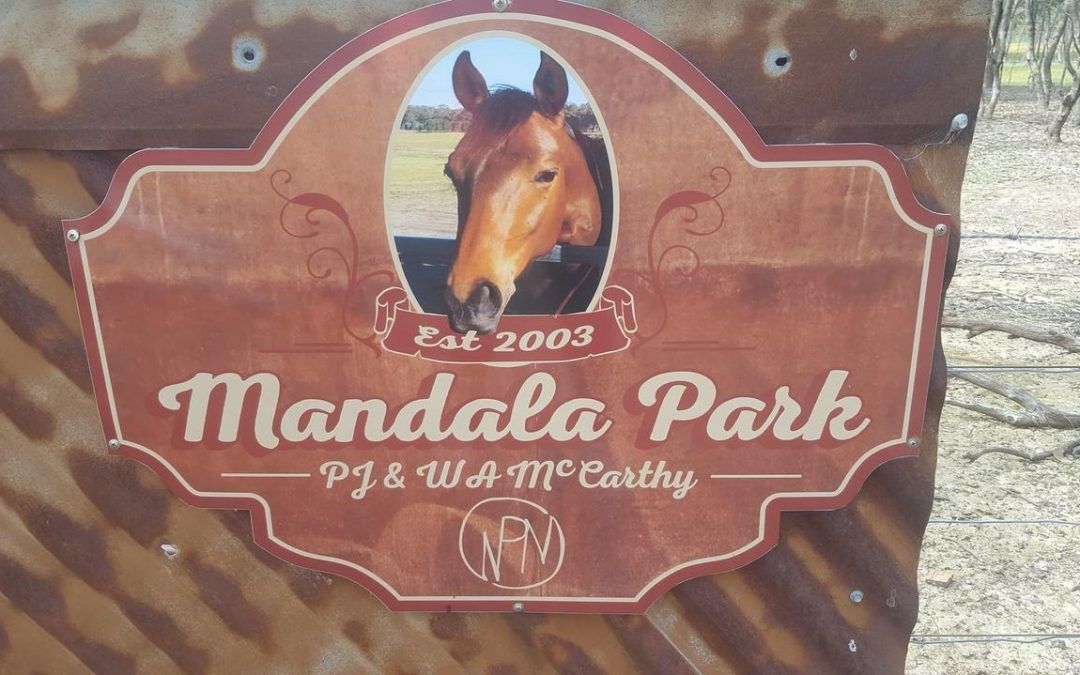 Breeding and racing horses is a big exercise in both patience and faith and fortunately Power Of Mandala’s connections – led by the lightly raced six-year-old’s proud breeder Wendy McCarthy – have both!

Naming her horses after a Buddhist geometric symbol – Mandala – McCarthy has also named the family property at Tarnook  in such a way and it was at Mandala Park that Power Of Mandala, son of Racer’s Edge and the Moonee Valley winning Shagny mare Shagny’s Sheila, was raised.

He is the fifth foal and third winner for Shagny’s Sheila who sadly died four years ago. She also produced the four times winner Edge Of Mandala who McCarthy raced on lease before being offered her dam.

Showing ability from early days, Power Of Mandala was an encouraging fourth at his Murtoa debut last winter but at just his second start incurred an injury to the superficial digital flexor tendon.

“He just seemed to falter coming out of the gates,” McCarthy recalled.

Given plenty of time, he spent six months in the paddock at home, then rehabilitation work, time on the water walker then back to the stables – resuming one year and two days after his debut.

It was so close to a fairytale return with Power Of Mandala a desperately unlucky second at Ballarat and it was a similar story second up – another close second without good fortune smiling on him!

But everything went to plan at Warracknabeal on Saturday, the bay sent out favourite on the back of his promising form. Jumping so well from an outside gate, Power Of Mandala was the early leader but Jarrod Fry was happy to take the sit as Onna Bugeisha went to the front.

Travelling beautifully to the turn, he was back in the lead straightening and after a brief challenge on his inside from Teebo he found plenty, his winning margin a soft 3/4 length.

It was a big thrill for McCarthy who has been pleased with Power Of Mandala this time in – “Jarrod said that he is a far better horse this time in, he is stronger and more mature.”

“I am so impressed with the condition he is in,” she said, laughing as she remembered as he was referred to “Fat Boy” during his first education preparation. He has a more dignified nickname now however, PJ – named after Wendy’s husband Peter John McCarthy with the two sharing a birthday.

McCarthy’s excitement also comes from racing Power Of Mandala with a group of friends, many of who have leased shares in her horses over several years.