Mahashakti Makes It 3 In A Row 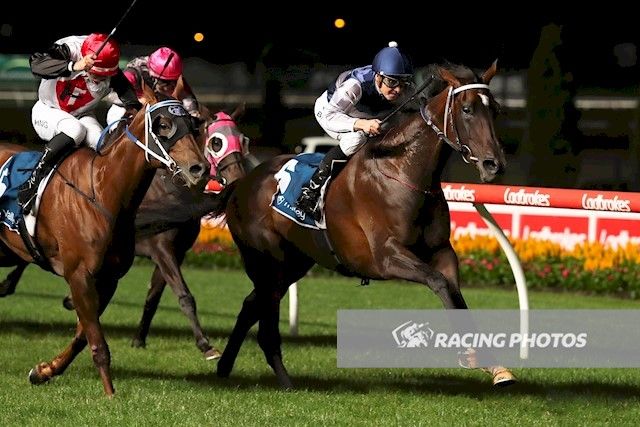 Trainer Mitch Freedman is looking towards some valuable black-type success with in-form mare Mahashakti after she made it three wins in a row at Moonee Valley on Friday night.

The four-year-old scored a narrow, but impressive victory in the Ascend Sales Trophies Handicap (2040m) under the urgings of Ethan Brown and sights are now set on bigger spoils down the track. 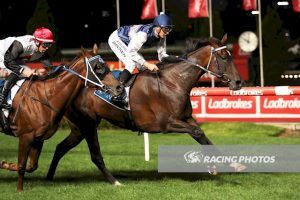 “She’s a horse on the way up. She’s taken some time to get to the races, but she’s really thriving on racing,” Freedman said.

“We’ll more than likely head to a 2000m race at the Valley in two weeks’ time, but there are a few other 2100m races if two weeks is too short off the back of already having a short turnaround.”

Freedman said heading interstate remained a serious option for the daughter of Mahisara, which had won at Geelong twice during January before Friday night’s victory.

The Miners Rest trainer has marked a mares’ 1900m event in Sydney and a mares’ 2000m event in Adelaide as potential black-type targets for Mahashakti. 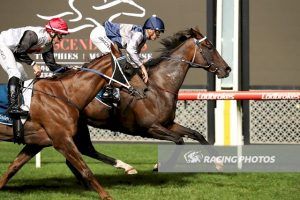 “It’s a matter of plotting a path towards them, but at the moment we will probably keep her in restricted class and see if she can keep stepping up,” he said.

“She’s done a really good job in her short racing career at the moment and we look forward to seeing what she can do down the track.”

Mahashakti was bred by Kia Ora Stud and is raced in partnership with the Mitch Freedman Racing stable.

The horse has now won three of four career starts for more than $60,000 in prizemoney. 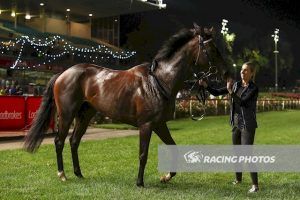