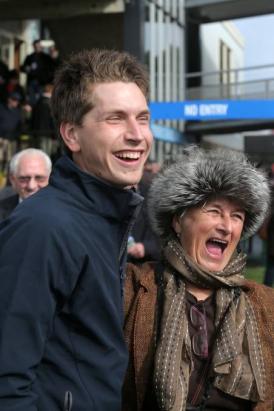 A wet track was the perfect gift for Warrnambool trainer Mitchell Freedman on day one of Warrnambool May Racing Carnival.

Freedman was rapt with the run, saying it went to plan, and was thrilled to score a win for former Warrnambool Racing Club chairperson Marg Lucas.

Lucas is Princess Lou Ling’s breeder and a part-owner.

“It is a privilege to train for a woman of her horsewomanship, I guess you’d say,” Freedman said.

“It is a bit of compliment to me, so I feel very grateful to train horses for her and it’s great to get a winner.”

Freedman said it was a relief to score a breakthrough so early on in the three-day carnival.

“Let’s be honest it takes a bit of the pressure off for the rest of the week now, doesn’t it?,” he joked.