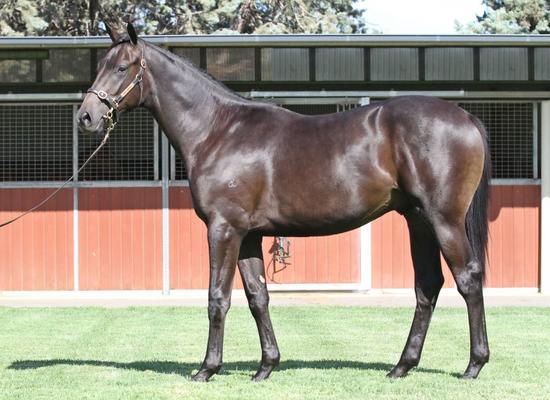 There are exciting times ahead for the owners of the talented Greviste who was so impressive breaking his maiden at Ballarat recently.

Having just his third start, and his first since June last year, the eye-catching son of Stryker was patiently ridden by Jarrod Fry who let the three-year-old drift back to the rear of the field from the outside gate.

From there Greviste travelled sweetly and after swinging widest into the straight he had the leader to run down which he did so in determined style, really charging late.

Fry was impressed, noting that the black gelding had improved since the last time he rode him to a Bendigo fifth last winter - "he feels like he has matured a lot," he said, adding that "he has always shown ability and he put it altogether today."

Mitchell was also impressed, admitting that the prospect of getting back in a small field was a bit daunting - "it looked a bit dangerous but we have always been confident in his ability."

"Ben Melham rode him at his first start and told us that we would be having a lot of fun with him."

"He suggested we have a crack at the spring which we tried but he just didn't come up so we gave him a break and he has come back in good order."

"It is great for his owners who have been so patient and who have supported us from the start," Mitchell said, noting that several were also in the tried galloper Shenzhou Steeds who did such a good job for the stable.

Mitchell is looking forward to seeing how far Greviste can progress this time in, confident that he has plenty of scope for improvement - "he will get better as he gets up and trip and as he gets into his preparation," he said.

Bred in Canberra, Greviste caught Mitchell's eye at the 2015 Inglis Melbourne Premier where he was secured for just $36,000. Named after his sire (Greviste is French for 'strike'), he is the third runner and third winner for the winning King Charlemagne mare Chartilla.