OWNER OF THE MONTH - Peter Lawrence 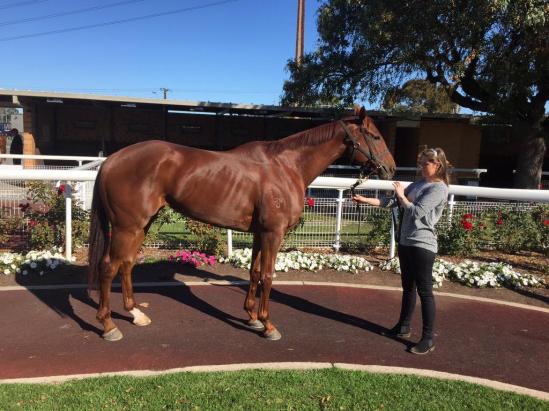 A friendship spanning four decades resulted in winning celebrations on the weekend, Peter Lawrence a happy owner of the promising Hard Up who was so impressive saluting at his Horsham debut on Saturday.

Whilst always a racing fan - though hardly describing himself as fanatical - Peter grew up one block away from the local race course at Traralgon and would pop in "to hang around the horses."

Retiring after spending time overseas, Peter was looking for a hobby, an excuse to get out and about and with Michael Hirst - who had remained a friend since they met at university some 40 years ago - breeding racehorses it seemed logical that he take the step into ownership.

And so Peter (who had previously raced on lease from Michael the Sandown winner Belvedere Road- pictured) and his wife Annie jumped into three of Michael's horses; Furious Dan, None Better and Hard Up - all members of the Mitchell Freedman stable.

Furious Dan was the first of those to debut, unfortunately not managing a placing in a handful of starts. But there was more fun to be hand with None Better, the three-year-old successful at just his second start at Hamilton in late January.

And then there was Hard Up who, after showing ability at home and in a trial, was well in the market on Saturday and it was one of those rare and much appreciated occasions where everything just went right!

"It was actually quite a calm race," Peter - who watched the race from home with Annie - "he went straight to the lead and you could see at the turn that the second horse was being niggled at."

Winning by a soft 1 1/4 lengths, Hard Up looked to have plenty in hand with jockey Harry Coffey reporting that the margin could've been longer if not for the young horse not quite handling the turns.

"He said he was going so quickly that he got a bit unbalanced. Going too fast has to be a good thing!" Peter laughed, noting that he could not stand up and cheer with the family cat choosing that moment to rest upon his lap!

Peter is delighted to be part of the winning team at the stable, always impressed by Mitchell's enthusiasm and his "diligent" attitude to his work.

"We are really happy to be supporting a young couple, that is one of the things we like about the stable," he said.