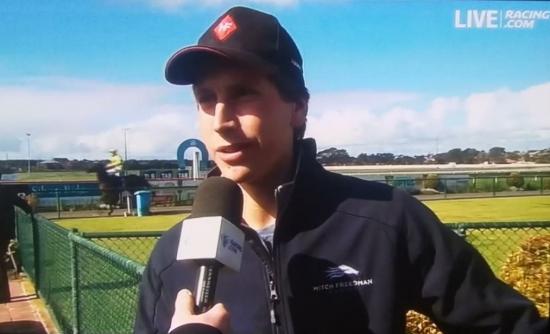 It was a deserved victory for the consistent Honey Magic at Donald on Saturday, the three-year-old having been in the placings at three of her four previous runs this campaign.

Nicely rated by Jarrod Fry, Honey Magic settled back in the 1204m contest, circling the field from before the turn and swinging widest into the straight. Charging late, she claimed the lead close to home - showing plenty of heart and fight.

"That was a really tough win," declared Mitchell Freedman.

"She had to cover a lot of ground from the wide draw but probably found the best part of the track."

"Her preparation prior to her last run had been a bit interrupted but she had trained smoothly since so we knew she was going to be competitive."

A home-bred for the Livingstone family who also raced her dam Cafe Set, she is sadly the only foal for that mare who passed away a few months ago.She was a half-sister to the dual city winner Fall Of Rome and the eight times winner Gold Lager from the family of Group One winner Alf.