OWNER OF THE MONTH - TRACY MCNEILL 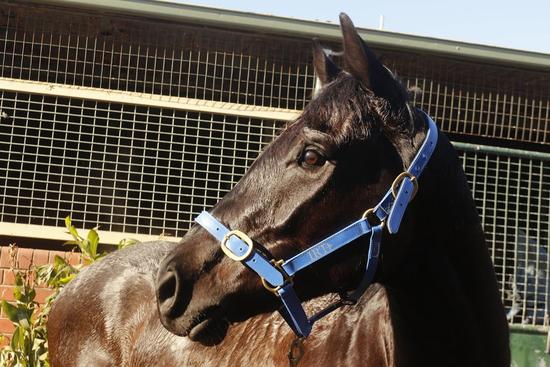 It's a long haul from Willaston north of Adelaide to Coleraine, just a tick under five and a half hours in fact - but that is the journey Tracy and Mark McNeill intend to make this weekend, as keen as ever to support their horse Geodesic.

It will not be the first time the couple have sat in a car for hours to see their beloved horse; they made the trip to Eliza Park a few years ago to see him as a youngster and they were at Warracknabeal when he was beaten by the barest of margins in early August.

Making a run from a fair way back in the field that day, Geodesic - known as Marty to his owners - struck some trouble before flying home to only just miss out on the prize.

For some such a defeat is a disappointing but not for the McNeills who were so very excited to see the horse run so well at just his second run for the stable.

"It was like a win for us," Tracy said, admitting however that she was all the more vocal and delighted when Geodesic was able to break through for his maiden victory at his next outing at the same track on September 2.

"It was a pity we could not be there that day but we really went off, people would think we are crazy! We have watched the replay a few times since and still get that same buzz from it."

Raised in a family of punters, her mother working at Globe Derby for years, Tracy never really thought about horse ownership until one day a friend Phill Mueller suggested to Mark that a share might be a bit of fun.

Mark had no interest in horse racing until meeting Tracy... "he came around to the house one Saturday and saw dad having a bet and thought it looked interesting. He has been a mad gambler ever since!"

Not that racing for the McNeills is just about the punt - "there is just something so special about horses and horse racing," Tracy said.

It was love at first sight for Tracy upon seeing a photo of Geodesic, a particularly handsome black son of Domesday and when Mark said "would you like me to buy a share for you?" she did not hesitate!

What a gift it has turned out to be. Tracy unfairly has her share of health problems - "too many battles" - but racing a horse has given her "a lift."

"Mark tells me that he has not seen me enjoy something this much in years," she said.

"Geodesic has given us so much pleasure, we love him!"