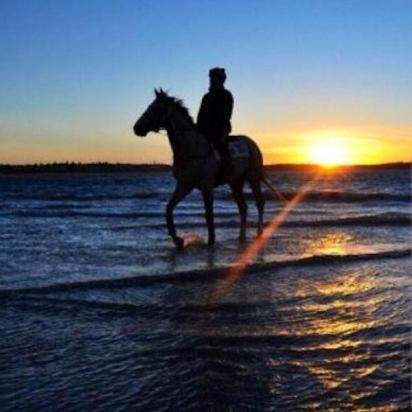 With Ballarat becoming our new home track it was good to cheer home a winner there on Thursday and there looks to be plenty more to come from Fast Plan who was dominant over his rivals at only his second run back from a spell.

Not in the right part of the track when resuming behind his promising stablemate Bravo Tango (who heads to Flemington on Saturday), Fast Plan had derived plenty of benefit from that run and was suited slightly up in distance to the 1400m.

Settling well midfield along the rails for Ben Melham, Fast Plan was always travelling nicely and once off the rails approaching the turn he was able to make an unimpeded run - hooking out widest into the straight and gradually overhauling his rivals.

Getting clear from the 100m, Fast Plan recorded the second win of her eight start career.

"He was a bit big in the yard before resuming and just got tired late," Freedman said.

"He wanted to hang away from the best part of the track and the margin looked worse than what the run was. He came on great from that run and looked terrific today."

"I thought the way he toughed it out to the line today was full of merit and he still has improvement to come."

"They sprinted before the corner and he got off the bridle chasing a bit," Melham reported, "but he balanced up rounding the turn and gave a good kick... and won with a bit of authority."

A home-bred for the Dwyer family, Fast Plan is by the now retired Strategic out of the Octagonal mare What A Beauty, half-sister to Strategic's dual Group One winner Platelet. Now in NSW, that city winner recently produced an Epaulette colt.