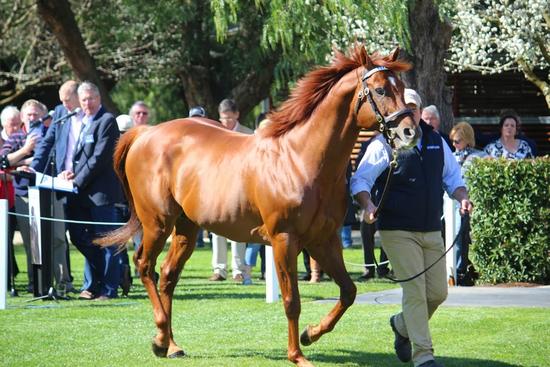 What a great way for The Queen's Walk to break her maiden - scooting clear to an easy victory at Moonee Valley during Melbourne's most exciting racing period; Derby Eve!

Having been unlucky at her previous outing, The Queen's Walk was not missed by punters and Luke Nolen gave her a lovely ride tracking the pace, travelling beautifully in fifth position.

Noting that the horses in front of him were racing tightly - "it was a bit messy" - Nolen decided to make an early move although the speed at which The Queen's Walk picked up surprised him.

"I have her a squeeze to get her to improve into the race but she caught be unawares, she improved so quickly!"

And so it was that The Queen's Walk was looming up out three wide at the 600m and by the top of the straight she was off and away... fun for her connections to watch!

Nolen was not concerned about the early moving, confident that The Queen's Walk was hard fit and happy with how she was travelling - "she was well within herself and it was a determined win."

Mitchell was delighted to see The Queen's Walk break through having been concerned that she would not handle the recent move to Ballarat well.

"She can be funny in the stables, the whole family are like that. We did not expect her to do well in the new stables but she has done as well as any of them, she has been terrific."

It was also good to see The Queen's Walk race so truly as she had been green when stuck on the inside of horses at her previous outing - "she got her head on the side and was pretty field shy," Mitchell said.

Happy for her owners that she has a metropolitan victory on her record, Mitchell said that The Queen's Walk will stick around similar trips as she attempts to make her way through the classes.

Bred by her part owner Michael Hirst, The Queen's Walk is a son of popular Darley stallion Street Boss (pictured) out of the placed Festival Hall mare On Southbank.

Also dam of the city winners Street Artist and Belvedere Road, On Southbank was served last spring by Jimmy Creed having produced a Master Of Design filly last November.