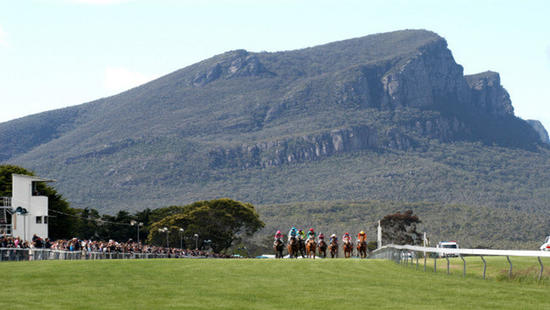 Having settled a clear last, Danigree was spotting his rivals several lengths coming to the Dunkeld turn on Saturday but, after saving ground turning under the patient hands of Jarrod Fry, he was able to shift into the clear half way down the straight.

And from there, despite racing a bit greenly, he was off and away - bursting clear over the final stages to salute by a soft 1 3/4 lengths.

Having his first run since late August, the lightly raced five-year-old used to be an on pacer but ridden more quietly he can really pull out his best - "we have swung his racing pattern around," Mitchell explained, "and he seems to beneffting from that."

"He only had a short break but Michael and Kim Howes at Bellarine Thoroughbred Agistment did a great job with him. We went to the race with a bit of confidence because he had looked terrific since the move to Ballarat."

The winner of three of his 12 starts, Danigree has won at the same meeting on two occasions - breaking his maiden at Dunkeld last November. Raced by Chris Daniel, Jack Kelly and J Plowman, the son of Danerich is the first foal for the winning Gilded Time mare Filigree.