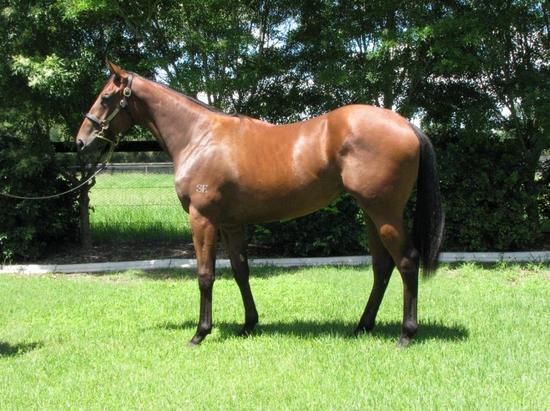 It is never easy for a horse to jump straight from a maiden into a tougher race and win them both but that is just what Pearl de Vere did - finding the line in determined fashion when breaking through at Moonee Valley in mid-November and going right on with the job at Warrnambool on Tuesday.

Having just her fifth start, the promising four-year-old did not have the easiest of runs from a trick outside gate but she travelled well midfield for Jordan Childs and was very strong late.

"I thought she had a bit to do on straightening having raced wide," Mitchell admitted, "but to her credit she really knuckled down and kicked on to hold off the late challengers."

"It looks as though she will be even better suited over further and we have a 1400m at Flemington on New Year's Day in mind for her now."

"She has had a few issues along the way and her owners have had to be patient but they are reaping the rewards now."

The very first yearling sale purchase for Mitchell who secured her for a bargain price of just $23,000, Pearl de Vere is a daughter of Fastnet Rock's Newmarket Handicap winner Wanted and the Flying Spur mare Flying Flitter whose dam is the dual Group One winner Flitter.