None Better Than Winning! 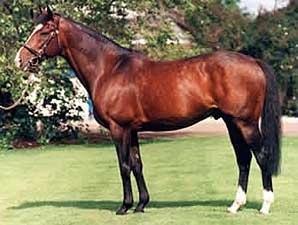 Warrnambool based trainers dominated their local race meeting on Wednesday with only three outsiders in the winners circle - and a former Warrnambool horse was one of those, our very own None Better!

Contesting the final event on the card, a 1200m BM58 contest, None Better was having his first run since August last year and with his best form previously having been over longer trips he was sent out at double figure odds.

Jumping fast from a wide gate, None Better was eased back slightly to take a sit, enjoying a good run behind the leaders. In clear running into the straight, the tough four-year-old chased gamely - getting the upper hand late to salute by half a length.

"I was able to get across without spending too much petrol but then they really injected the speed into it. Rather than go with him I just came back and travelled."

"He is a pretty casual sort of customer," he continued, "so I decided that he is better off being off the bridle than on the bit chasing them."

"With the solid tempo he was able to camp off them and get that last crack and he hit the line well."

It was win number two for the consistent and still lightly raced None Better who looks to be in for a good campaign.

"He is a horse who will are still working out," Mitchell said, adding that "it has taken him a while to adapt to the pressure of racing but should keep improving and I think 1400m to 1600m will be his best distance."

A member of the final crop of Danehill's first Golden Slipper winner Danzero, the home-bred for Michael Hirst is the second winner for the King's Best mare Chelseas Best.

Served last spring by Nostradamus having produced a filly by that same sire in early November, Chelseas Best hails from one of the world's great families, one that has also produced the influential stallions Sadler's Wells (pictured), Nureyev, Thatching and Fairy King.