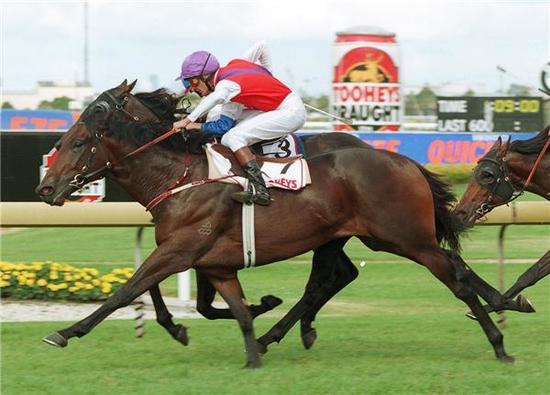 It was a tactical ride by Jarrod Fry aboard None Better at Warrnambool on Thursday, the consistent four-year-old taken straight to the lead to make use of his natural pace... then taken away from the rails turning to avoid ground that had been chopped up by previous races.

It was a plan set in motion after Mitchell walked the track and it paid dividends with None Better strong in the run home, quickly shaking off a challenge half way down the straight to salute by an easy 1 1/4 lengths.

"That was the plan of attack and it is always nice when plans come off," Fry said.

"The horse wanted to roll back in a bit but we were still able to track three or four off the fence which is where we wanted to be."

It was part of a winning double for Fry - and his tenth winner for the week!

And it was the second success in three days for the stable on the back of Fast Plan's fast finish at Ballarat two days previously... one win at our old home track one on the new!

None Better has been a bit of a work in progress, Mitchell noting that the son of Danzero (pictured) has been inclined to be "a bit of a lazy horse."

"He was a bit one-paced last time out so we have been doing a bit of work at home to get him to change legs and quicken up . He didn't really do that until inside the furlong but when he did he gave a nice kick.:

"He is starting to put it together now, he is a got ability though I don't think he likes really soft ground so we will make hay while the sun shines and find a similar race for him - 1400m seems to be his go and we will keep him to these tighter tracks where he can use that tactical speed."

Hailing from his Golden Slipper winning sire's final crop, None Better is a home-bred for part owner Michael Hirst out of his King's Best mare Chelseas Best whose third dam Thong is also third dam of Sadler's Wells.