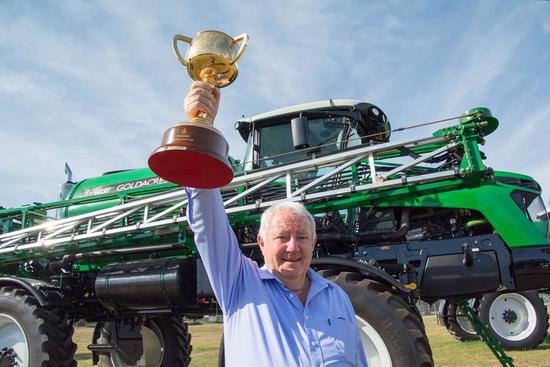 We had hoped that Rather Silky would make a winning debut for the stable when resuming at Horsham a few weeks ago and the four-year-old was travelling nicely only to get onto heels early in straight.

Lucky not to fall, she picked herself to be beaten less than four lengths - and it was that game effort that saw her kept safe in the betting at Werribee on Friday.

And things went better for her this time - although she was trapped wide from a tricky gate in the small field.

Chasing the leader into the straight, Rather Silky got the upperhand from the 100m and was able to draw clear to win by an impressive two lengths.

"She has always posessed a good amount of ability," Mitchell said, "and in BM58 grade was just a level or two above them."

"The team at home have done a great job getting her right since her fall, she has had her legs in ice every day."

"She has had a lot of problems and we had good information from her previous trainer Michael Kent in regards to those."

"She was just too good today," reported jockey Harry Coffey who was not concerned about covering a bit of extra ground - "she was wide in the clear in good going and she put the race away quite early with a powerful finish."

Owend by John Richards who has raced a number of very good horses including the Melbourne Cup hero Prince Of Penzance, Rather Silky is by former Darley shuttler Hard Spun out of the imported Gone West mare Dawn Sun - descendant of the famed matriarch Lady Josephine.