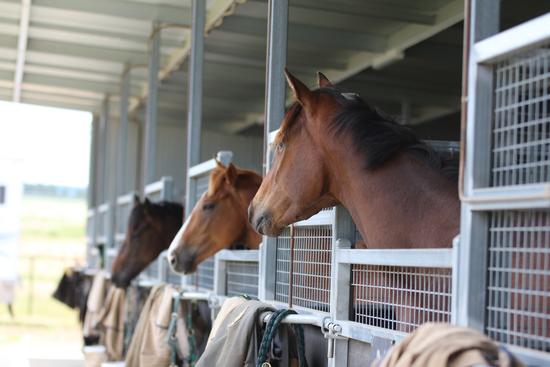 With each step up in distance the promising lightly raced mare Unbeknown has shown improvement; green but sound over 1100m at debut, a bit closer up over 1400m second up and third up over 1900m at Geelong on Friday she was a dominant winner.

Always travelling well behind a strong pace, Unbeknown was steered into the clear by Jarrod Fry turning but by that stage the favourite Vigere had kicked clear and was looking mightly hard to run down!

But Unbeknown pinned her ears back and chased, so game to the line and once in front she was able to put a half length on her rivals in a race that saw big gaps behind the placegetters.

"It was a good run last start and she was looking for the extra trip which she got today," jockey Jarrod Fry reported.

"I was pretty confident straightening, she'd had an economic run behind them and had the last crack."

"We had considered running her over a mile yesterday," Mitchell Freedman said, "but she has always worked like she'd want more ground so the step up today suited."

"And Jarrod was patient, presenting her at the right time."

Mitchell thinks there is scope for improvement for Unbeknown, a mare who he says is "still learning her craft."

A home-bred for the Pitts family, the daughter of American Group One winner Nothing To Lose is a full sister to the Eagle Farm winner Knowing Frank and the tough gelding Not To Know who won two Queensland races before joining our stable and winning a couple last winter/spring.

Unbeknown's placed dam Last To Know by Knowledge is out of the Listed Bagot Handicap winner Camilla, also dam of the South African stakes winner Never Off The Bit from the immediate family of Brisbane Cup winner Sky Flyer... lots of stamina in this family!