Plan For Second Up Success 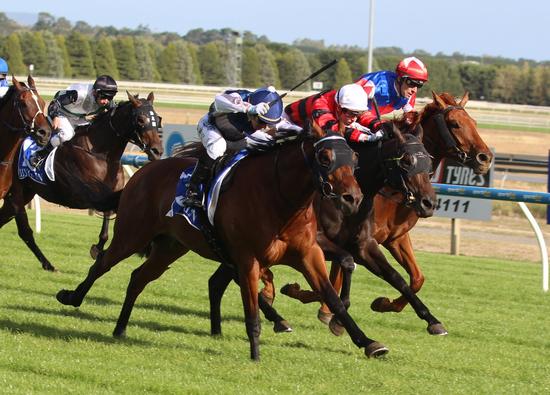 What a stellar second up record the tough and honest Fast Plan boasts, the five-year-old in four preparations saluting at his second run back on three occasions with the most recent of those successes coming at Geelong on Sunday.

Despite running such a great race first up, Fast Plan was third favourite in a field of just six with the odds-on favourite Parsifal dominating the betting. And it was that horse who Jarrod Fry followed during the race, giving his mount every chance after settling him into a good rhythm at the rear of the field.

Hooking out into the clear early in the straight, Fast Plan joined a line of three who were fighting out the race down the straight but from the 100m he was able to gain the upper hand, digging deep as El Questro made a late dive along the rails.

"He had put the writing on the wall with his good first up run over an unsuitable 1100m," Mitch Freedman said.

"We trialled him on Tuesday in order to decide whether to step up to the 1400m here or run him over 1200m at Dunkeld on Saturday - he switched off so nicely in that trial and pulled up so well that we decided in favour of the longer trip."

"It was a good ride stalking the favourite," Mitch continued, adding that "he did clock off a bit when he hit the front - it certainly looks as though the addition of some head gear may suit him."

It is just Fast Plan's second preparation with the stable with Mitch confident that he has learned plenty about the bay - "we have a better understanding of him on the back of his first campaign with us and it was a great result for some really appreciative owners."

Bred by his owners, the son of high class sprinter Strategic is the first foal produced by the metropolitan winning Octagonal mare What A Beauty.

A half-sister to one of Strategic's best runners, the dual Grupp One winner Platelet, What A Beauty recently foaled a colt by the Breeders' Cup Turf Sprint winner Bobby's Kitten and she is also dam of a yearling colt by Epaulette.