OWNER OF THE MONTH - BRUCE PITTS 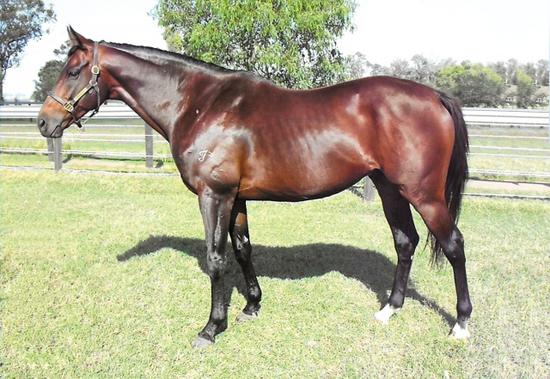 When one's first horse is a good one, the pattern is set for the rest of one's racing life.

Once you have experienced the adrenalin, the joy, the celebrations and the pride there is no way you are not having another horse - and another, and another...

Passionate about horse racing from the mid to late 70's having, along with his uncle who loved a bet, listening to many a meeting on the radio, Bruce always knew that one day he'd be an owner.

And what fun he had with his first horse, a Cerreto filly by the name of Megan Lass who took just two starts to break her maiden; a 1200m event at Moonee Valley back in November 1980.

She would go on to win another three races, all in town (Moonee Valley and Flemington) - giving her happy owners a taste of the big time competing in two Group One races. She was not quite up to the task but Bruce has great memories of tackling the likes of superstar sprinter Manikato.

Murrell (whose Aunt Violet is the famous Murrell of the Garryowen legend) liked a bet; he was well known for orchestrating a plunge or two. Bruce remembers big odds being on offer for Megan Lass at Moonee Valley and seeing members of the stable "darting from one bookmaker to another."

"They must've got plenty," he laughed.

Sadly Megan Lass died young before being able to produce a foal but her success on the track gave Bruce the taste of winning... "and I have been a victim ever since!" he said.

Bruce did not have to wait long for his next winner though Bill Murrell didn't have much faith in a little fellow by the name of Royal Steel - "he said he was just too small to be a city horse."

And so Merv Webb at Woodend took charge of the son of Showdown stallion Royal And Regal. Within just a few months of Megan Lass' retirement Bruce was back in the winner's circle - where he would be many times with the tough Royal Steel who raced 44 times, winning 11 races including a welter at Sandown.

"He was a gutsy little bugger."

Setting up a business in Queensland, Bruce continued to race horses and it was just a matter of time until his interest spread to breeding. And so he acquired a stallion, the imported Nothing To Lose who was seen at his best winning the Gr.1 Shadwell Turf Mile at Keeneland; one of his six wins from 15 starts.

Sadly the "magnificent" Nothing To Lose died in 2013 but not before Bruce was able to breed a few winners by him - two of whom made their way to our stables... Not To Know and Unbeknown.

Both horses began their careers in Queensland but have really thrived in Victoria and what a thrill it was for Bruce when recently the eight and five-year-old brother and sister both managed wins in the same week; Unbeknown taking out the Manangatang Cup on October 13 whilst Unbeknown claimed a Warrnambool BM58 contest (on the back of a Geelong maiden victory) six days later.

Still keen on the breeding side, Bruce now stands the lightly raced but talented Fruehling (pictured), an imported son of the multiple Gr.1 winner Azamour.

A half-brother to the Gr.1 galloper Glass Harmonium, Fruehling's racing career was cut short by a golden staph infection but has made a good start at stud with Bruce delighted with the types he has been siring.

From just eight foals from his debut crop, Fruehling hit the ground running with his first runner Erringhi Spring - bred and part owned by Bruce - showing good heart when saluting at Sunshine Coast debut in February.

Bruce Pitts is our OWNER OF THE MONTH, a most enthusiastic contributor to racing and a much valued client.