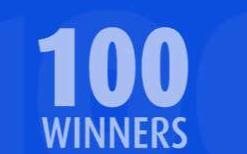 Coming into the fifth race at Colac on Saturday and already in-form rider Dylan Dunn had won three races (from as many rides) and it was great for us that he bought that confidence to his ride on the game mare Mrs Bignell.

Having her first run since mid-June, the six-year-old looked well placed at BM58 level having kicked off her previous campaign with a Moonee Valley second in stronger company.

"Historically she has been a very good fresh performer," Mitchell noted.

"We have been training her differently this preparation to try to get her to extend her good form into a preparation but it was still great to see her turn up and get the result today... aided by a perfect Colac ride, close to the speed and hugging the rail turning for home."

It was nice to be part of history with Dylan going on to win another two races; no mean feat - six rides, six wins on a seven race card!

It was win number three for Mrs Bignell who has been a fun horse for her owners, the Rupanyup Panthers. The daughter of Caulfield Guineas winner God's Own has future broodmare potential too, being a half-sister to the durable stakes winner Apprehend out of the two times Listed winning mare Regal Touch.

And an important win it was for the stable too - our 100th success! We are so thankful to everyone who has supported us, firstly at Warrnambool and now at Ballarat, and we congratulate our happy owners and thank our wonderful staff.