None Better Than A Winning Double! 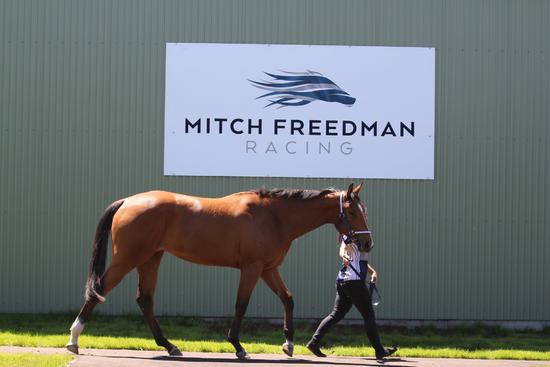 How lovely it was to provide Dylan Dunn with his sixth winner on a memorable day at Colac on Saturday; aptly after such a riding display the horse in question being called None Better!

The second leg of a winning double for the stable (and we went close to three from three with Heading North running such a game second earlier in the day), None Better was having his first run since late May but was nicely primed to run boldly fresh.

"He came into the race very fit," Mitchell said, "but the question was whether the 1100m would be too short for him."

"But he was able to sit just off a solid tempo and his fitness came to the fore over the concluding stages."

Really charging home late, None Better (our 101st winner!) recorded his fourth victory from 16 starts for a group of loyal stable clients including his happy breeder Michael Hirst.

Hailing from the Golden Slipper winner Danzero's final crop, None Better is out of the King's Best mare Chelsea's Best, also dam of the winners The Thick Of It and Miss Lamps.

Sadly recently losing her Nostradamus foal, Chelsea's Best - whose city winning half-sister Desert Bride is the dam of Malaysian Group One winner Blue Tosca - has a yearling filly by that same stallion and a yet to be named two-year-old filly by Toorak Toff whilst her unraced Street Boss three-year-old daughter Ninth Avenue is also a member of our stable.

None Better hails from an internationally famous family, one that has produced the legendary stallion Sadler's Wells as well as Fairy King, Nureyev, Thatching and Northern Meteor.