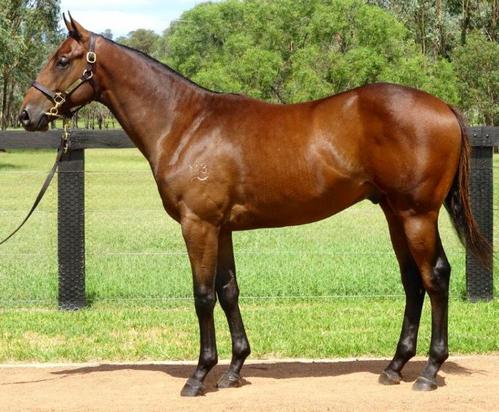 What great joy and relief it is to have the talented but enigmatic galloper Bravo Tango back in such great form this time in - the still lightly raced four-year-old impressing when taking out a BM70 event at Sandown earlier in the month and again looking the goods saluting at Sale on Sunday.

Well fancied in the betting despite a step up in class to BM84 level, Bravo Tango showed versatility racing closer to the pace than usual - sharing the lead before taking over straightening and giving a nice kick in the run home.

"He has been better with something to chase," Mitch Freedman said, "so it was a good effort."

Freedman was happy to see Jarrod Fry win two in a row on Bravo Tango - "he has done a lot of work with him behind the scenes so it is good to see him rewarded with another win."

Freedman is confident that the form around Bravo Tango (who three starts back was a game second to subsequent Gr.3 winner Tin Hat at Sandown) will continue to hold up, noting that at Sale his win was made all the more impressive by the quality of those behind him.

"They were seasoned horses with good ability, there were several multiple metropolitan winners in the race."

Plans are not certain for Bravo Tango with another suitable race in three weeks time being considered - or, depending on how he pulls up, he may head to the paddock in preparation for a crack at better races later in the year.

"We will have a look at him at home but I am not afraid to chuck him out and target a seven furlong race in the spring somewhere," Freedman said.

Jarrod Fry had not intially planned to have Bravo Tango right on pace but rode well to how the race was run - "we were going to end up in a tricky spot so I had to use him up a little to make sure we ended up in a good place."

"He travelled a lot stronger on a faster pace than the other day though he did get a bit lost out there on his own in front... so it was good to see him still attack the line."