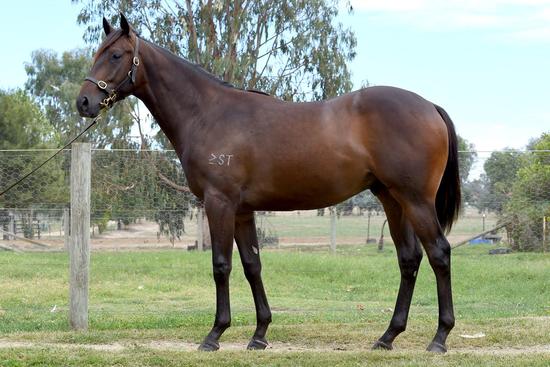 Slowly away, settling a clear last. In the early stages of the 1100m 3Y0 Maiden Plate at Hamilton on Monday it did not look as though our debutant Battle Master was going to play much of a part... he just had so many lengths to make up.

Still at the rear approaching straight, the bay had a wall of horses in front of him but as the field turned for home they panned and there was room - not through the centre of the field but closer to the rails.

And it was there that Battle Master under the guidance of Jarrod Fry headed, weaving through to get to the fence by the 200m.

Putting in a few big strides, Battle Master soon had the lead and was so game holding on as others made their challenges out wide.

Start number one, win number one... and hopefully the first of many!

"He got through the gaps really well and hit the line hard," said a pleased Mitch Freedman who has been patient with the son of Redoute's Choice's T.J Smith Stakes winner Master Of Design.

"He is a horse we have not really been able to press too much at home, he has been slow maturing."

Pleased with Fry's ride, Freedman said it was handy that the two already knew each other - "Jarrod has done a bit of work on this horse at home, he knows his idiosyncrasies."

Fry had been taken by what Battle Master had been showing at home and was happy to see him translate that promise to race day - "he has had a lot of match practice at home but it is good to see him do it on the main stage."

"He was a bit slow to begin and I didn't want to rub him and get him keen, I wanted him to have a good experience at debut."

"When the fanned out I was going to have to go really wide to get around them so I elected to stay in and he showed a really good turn of foot when I asked for his effort."

The fourth winner produced by his dam, the placed Octagonal mare Bella Vie, Battle Master is a son of the Gr.1 Coolmore Classic winner Chlorophyll. He has a group of delighted owners including members of the Freedman/Primmer family... congratulations to all!