Ajuda All The Way 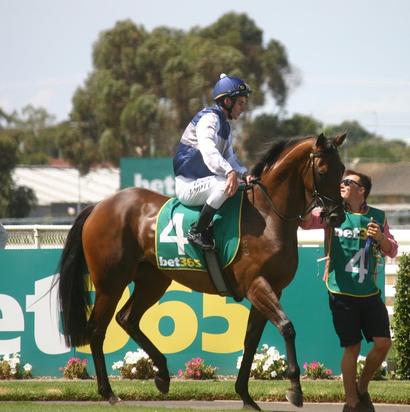 What a deserved victory it was for the speedy and tough Ajuda at Moe on Thursday, the five-year-old in the winners circle for the first time in 12 months having been game finishing in the first five at each of her five previous outings.

It has been a consistent debut campaign for the stable, Ajuda joining us late last year - taking a bit of figuring out but despite a few issues always working and racing well for us; with this latest success increasing her prize money tally to beyond $120,000.

Showing her usual pace from an outside gate, Ajuda was allowed to roll forward by apprentice Lucinda Doodt who was having her first ride on the mare. Riding exactly to instructions, she increased the speed as the race went and from the 600m was off and running.

With her ears pricked - her rivals already off the bit and chasing - Ajuda was in full command of the 1214m race as she entered the straight and at the 200m she gave a good kick to well and truly put the race away.

Lord Mapperley made a late run but Ajuda held him off by 3/4 length and there was a further 2 1/4 lengths back to the third placed Cyclone Tim.

"She is a lovely horse," Doodt said. "She jumped nicely and I was just happy to let her gain momentum... she kicked at the corner and hit the line well."

"She runs her best race when she runs quickly to the 600m," Mitch said, happy to see Ajuda as strong to the line as she was - noting that she does have a slight wind issue that can make it tough for her over the final stages of a strongly run race.

It was win number four for Ajuda who was successful at metropolitan level in February 2017; courtesy of a similar ride from another wide gate that day.

Currently in foal to Bon Aurum having had a few years off, Lady Lisbon won five races over sprinting trips and has done a good job at stud also producing the fast winner Star Of Lisbon and the promising three-year-old Pereira.