Two In A Row For Captain Harry 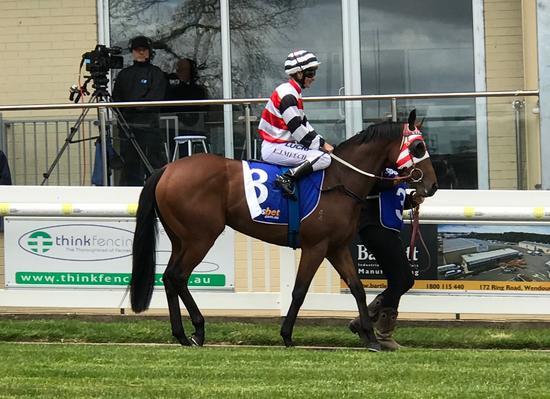 A rise in class proved no problem for Captain Harry as he recorded a second consecutive win with a tough performance at Hamilton on Tuesday - relishing the heavy conditions and responding well to a lovely ride by Jessica Eaton.

Not the best away, Captain Harry was patiently handled by Eaton in the early stages - a good pace ensuring that he was able to get into a good rhythm, his rider always happy with how he was travelling.

"He was slowly away but he usually does that," she said.

"He travelled super and I was really happy with how he was coping with the conditions."

"I had to roll into it a bit earlier than I wanted but I could use the hill to my advantage. He was out wide by himself in the straight which gave him a bit too much time to switch off; he pricked his ears and I had to get him going again - but he was too good at the end."

"He had to sustain a long run so it was a really good, tough effort," Freedman said.

"He flowed into the race nicely and was strong to the line, he is well and truly back in form and hopefully he can string a few together on these wet tracks."

It was win number four the Commands four-year-old who has amassed over $127,000 in stakes for his happy owners led by Australian Thoroughbred Bloodstock who also bred the bay, the first foal for their Sandown winner Queenera.