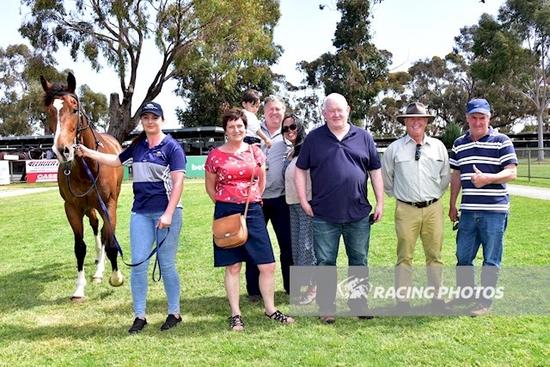 He showed good ability during his debut campaign and judging by the strength of his first up maiden win at Echuca on Monday, Bowing looks to have a nice career in store.

Having his first run since the Warrnambool carnival in May, the big strong four-year-old New Zealand bred gelding was kept safe on the back of a nice trial effort and was given a lovely ride by Ethan Brown.

Settling back in the 1400m contest, Bowing was set alight around the field well before the turn - putting him in striking distance straightening and he was soon gathering in his rivals.

"They went a bit slowly so I had to take off a bit early and round them up," Brown said, noting that the son of Rip Van Winkle still has a bit to learn - "he got to the front a bit too soon and stargazed a bit."

"But he is a very nice horse, he is still a bit under done and the further he goes the better he will get."

"Ethan was pretty happy with his trial," Freedman said, "but I did think that he had a bit of improvement in him. You could see that he'd had enough over that last 100m."

"It was a good win, he is a horse with a nice amount of ability - he has just had a few niggling issues. I think he can progress to midweek city grade."

A nice pick up at the 2017 Karaka Select Yearling Sale, Bowing is out of the city winning Shamardal mare Hukba who has also produced the Listed winner Astor. She hails from a strong international family with her relations including the prolific stallion Invincible Spirit.