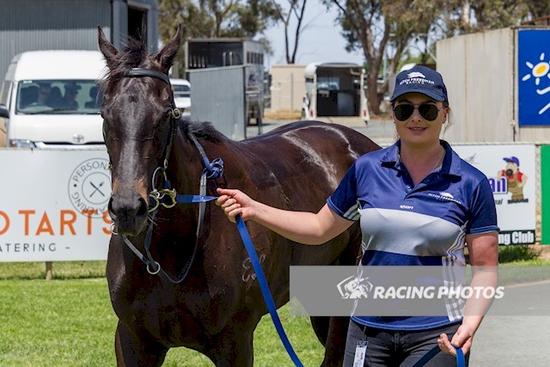 Part of a great week was a win by the promising filly Carmen Sandiego who, as an odds-on favourite, proved just too strong for her rivals in an Echuca maiden on Melbourne Cup Day.

Enjoying a drop in class having taken on some nice types at her previous start at Caulfield, the daughter of W.S Cox Plate winner Shamus Award had not had the best of luck that day but on this occasion all went to plan as she enjoyed a nice trail behind the leaders.

Patiently steered by Jarrod Fry, Carmen Sandiego took over at the 200m, holding on gamely as Bartender Blues made a late charge.

"She did a good job," Mitchell said, adding that the three-year-old will now head out for a break.

"She is a tough filly who probably has not been up at the right time of year as she was running into stakes class horses in maidens. But she will improve with this break and we will work out next time in whether we stretch her out over further or keep her to the sprints."

"My gut feeling is that she is a sprinter."

A $40,000 graduate of last year's Inglis Classic Yearling Sale, Carmen Sandiego is a daughter of the winning Pins mare Faker. Also dam of the Gr.3 placed New Zealander Merlini, Faker is a full sister to the Listed winner Bella Valentina whilst her grandam is the Group One sprinter Mrs Selleck. Other members of this family include the tough campaigner Crafty Cruiser and fellow Listed winners Miss Millbrook and Sovereign Dynasty.