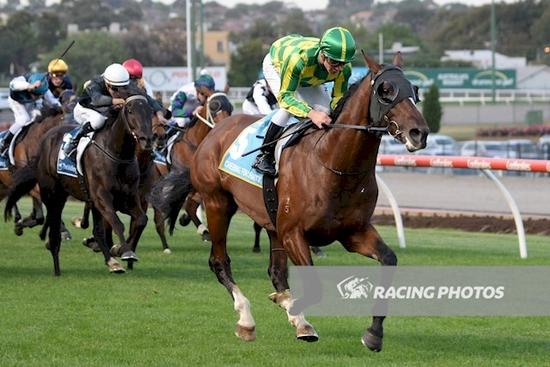 Prominent owner John Richards has already lived the dream as part owner of Melbourne Cup hero Prince Of Penzance and now he has another very nice horse on his hands in the shape of his home-bred entire Living The Dream.

Well supported in the betting when having his first start in town at Moonee Valley on Friday night, the lightly raced and promising four-year-old got back off a tardy start for Ben Melham in the 1600m BM64 but the jockey was unconcerned.

"There was good speed on paper and that is how it worked out - they went pretty quick."

Rounding up his rivals from the turn, Living The Dream raced away to a dominant victory, his second from just seven starts... at his first run with blinkers on; and they certainly did the trick!

"He is a lovely horse with good ability but who has not always wanted to show it," Melham said - "he had been floating a bit in his races... so it was really good to see him put them away in good fashion tonight."

"That is the first time he has really shown what he can do," said a delighted John Richards who is looking forward to seeing where Mitch goes with the four-year-old... "hopefully we can find something good for him."