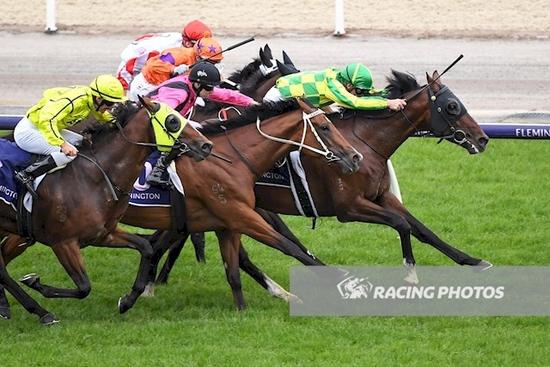 It was just two months ago that Living The Dream was able to break his maiden at Ballarat and what an impressive progression through the ranks it has been - the exciting four-year-old at Flemington on Saturday finding the line in determined fashion.

Kept safe on the back of his 4 1/2 length victory at Moonee Valley previously, the bay was up in class (from a BM64 to a BM70) and distance (1600m to 1720m) but neither proved a stumbling block with the horse always travelling well for Ben Melham.

Tucked in nicely along the rails behind the leaders, Living The Dream just needed that bit of luck in the straight and when the split came late he was quick to surge - much to Mitch's relief!

"When they went past me at the clocktower I thought he had no hope," he said... "it was good to see him get through."
Racing in tight room was a concern for Living The Dream who, being a lightly raced stallion, still has a bit to learn - "he can be a bit soft if there is contact," Mitch said.

But Melham was happy with how well Living The Dream handled the late hustle and bustle - "he was tight inside runners which is not ideal for a big striding horse but he was able to hold his spot and I knew that once he saw daylight he would be strong to the line."

"It took most of the straight for that daylight to come but once the gap came he powered through it."

"He is a lovely type of horse," he added, noting that "with the blinkers on he is starting to run to his true potential... and I think that he will continue to improve."

Where Living The Dream heads to now is as yet undecided, Mitch noting that there are further ratings races for him to contest whilst there are also black type options such as the Lord Stakes - "we will wait and see, either follows those ratings races or have a throw at the stumps."

The winner of three of his nine starts and over $178,000 in stakes, Living The Dream is a home-bred for John Richards who has always been great in his support of the stable - "we have a few more of his horses and they all have a bit of ability," Mitch said.

A son of Stockwell Stud's Artie Schiller, the particularly handsome Living The Dream is a full brother to the dual city winner Artie's Dreamwinner out of the five times winning Fusaichi Pegasus mare Dreamwinner whose dam is the stakes winner Aldarch. 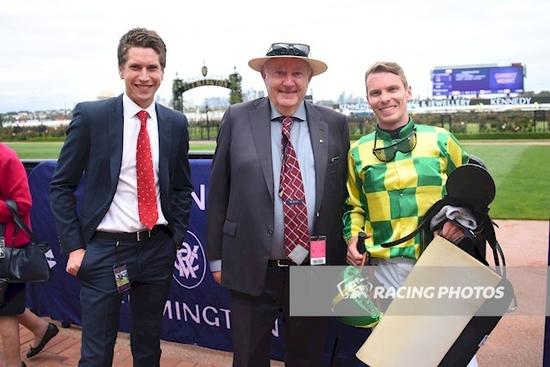