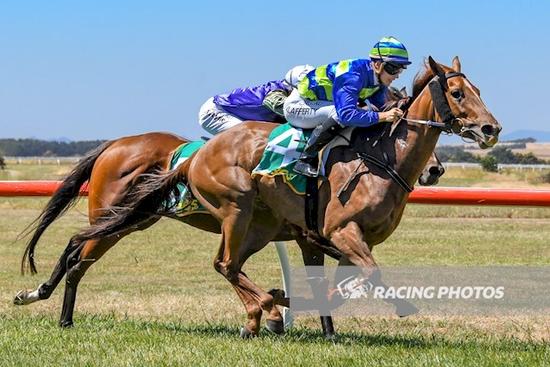 What an exciting finish it was in the BM58 1200m contest at Penshurst on Boxing Day, Woolsthorpe Reign engaging in a two horse war with Jenefactor over the final stages and luckily for us emerging best from it!

Gaining the upperhand late, Woolsthorpe Reign was gutsy recording her second win in a row having been dominant breaking her maiden by 3 1/2 lengths at Mount Gambier 20 days prior.

Part of a big day for apprentice Laura Lafferty (rides in each of the seven races - a winning treble including the Penshurst Cup as well as three seconds and a third), Woolsthorpe Reign was ridden perfectly to instructions.

"Our race plan worked out perfectly," Lafferty said - "one, out and one back."

"She is a beautiful horse to ride, the team had her prime order and she was just too good for them... thanks to the owners for the opportunity to ride her!"

Congratulations to Woolsthorpe Reign's happy owners led by Colin McKenna - it was a thrill to cheer home a winner in those great royal blue and lime colours worn to victory by such terrific horses as Jameka, Petits Filous and Gregers. 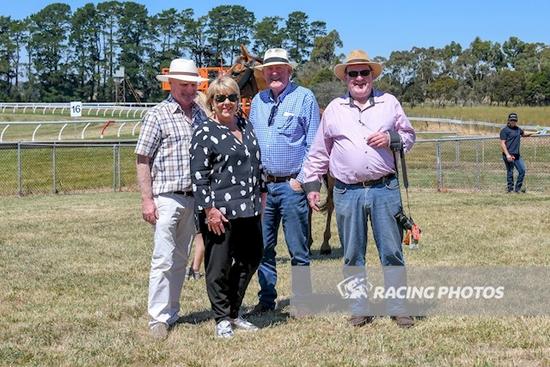