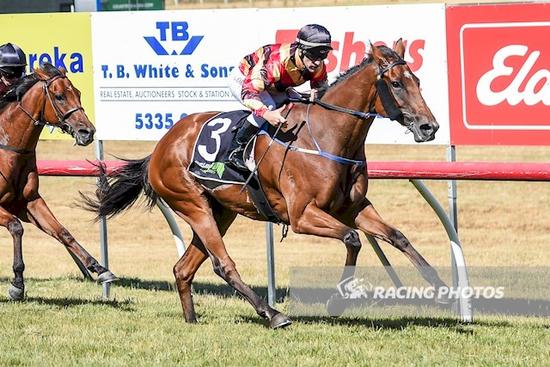 Country Cup number 3 for Not To Know, the tough nine-year-old kicking off our new year in great style with an easy win in the Burrumbeet Cup on Wednesday.

Positively ridden by Jarrod Lorensini who was having his first ride on the bay, Not To Know sat off the leader Silent Warrior, winner of this year's Wangaratta Cup and last year's Stawell Cup.

Forced to make an early move as that horse tired from the 500m, Not To Know was in front approaching the turn - two challengers moving up on his outside. But he corned beautifully and gave a kick, winning the feature by a 1 1/2 lengths with a bit in hand.

"We were wanting to be positive from that wide gate," Freedman said, happy to have won at a meeting he has always attended - "we get to the Burumbeet Cup every year, it was great to have a runner in the race let alone the winner!"

What a marvellous horse Not To Know has been for proud owner/breeder Bruce Pitts - winning seven of his 38 starts with a further ten placings on his resume. Amassing over $130,000 in stakes, he has taken out the last two runnings of the Manangatang Cup whilst also winning races at Warracknabeal, the Gold Coast and Ipswich. 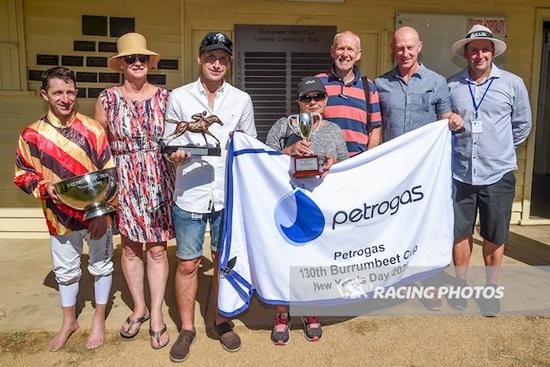