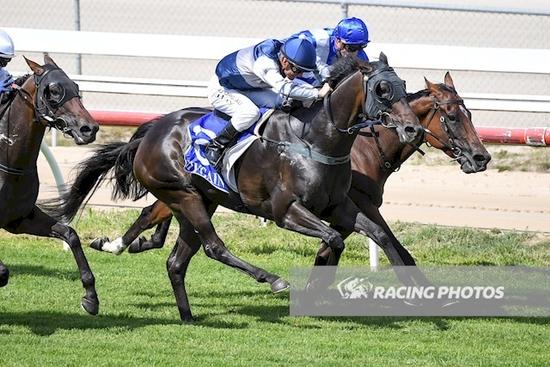 He may be four but having had just seven starts before heading to Kilmore on Thursday, the eye-catching gelding Battle Master still had a bit to learn, and he showed that - still not racing 100% professionaly but winning anyway!

Jumping well but drifting back having been unable to muster early speed in the 1450m BM64 contest, Battle Master did not give Jarrod Fry the easiest of rides... "early on it was hard to get him interested, he didn't really want to partake."

But coming to the turn Battle Master was feeling pretty good - "he started to come up beneath me and I was confident before the corner."

So confident that Fry thought his charge was going to led down for a dominant victory.

"Half way down the straight he felt like he was going to win by three or four but when I pushed the button he wanted to lay in and do a few things wrong."

"And he definitely wanted to have a think about it late - but luckily he stuck his head out!"

Ducking to the inside of horses rather than swing out too wide turned out to be a good tactic for Battle Master, Fry noting that the challenge of doing so "switched him on a little bit."

Proving too strong last for last start winner Happy Street, Battle Master recorded his second victory for his happy owners led by Jenna Freedman... and there looks to be more in store as he improves upon his craft.

A son of the Gr.1 T.J Smith Stakes winner Master Of Design, Battle Master - a graduate of the 2017 Inglis Melbourne Premier Yearling Sale - is out of the Octagonal mare Bella Vie.

All four of that daughter of the Gr.1 mare Chlorophyll's runners are winners but sadly she passed away two years ago with her final foal being an unraced Epaulette gelding. 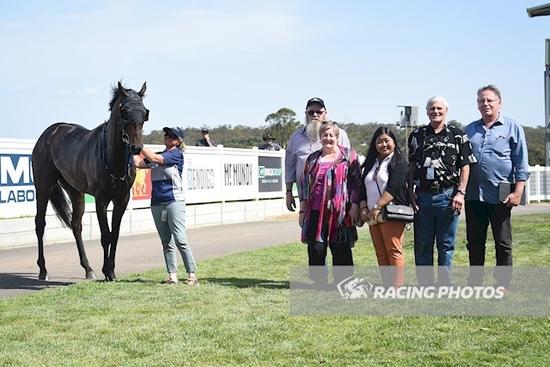