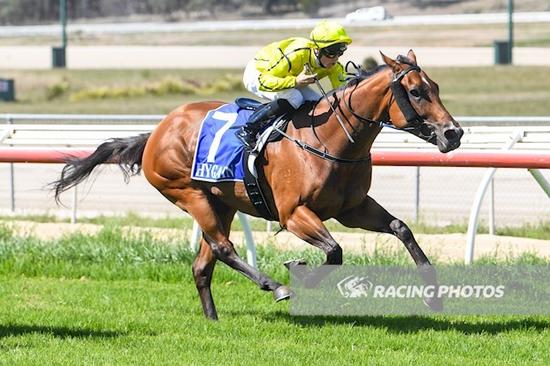 What a terrific horse Here de Fox is proving to be for both her owners and punters, the tough and consistent five-year-old a mare who really knows how to find the line - as evidenced by her determined victory at Kilmore on Tuesday.

Sent out favourite on the back of two encouraging efforts back from a spell, the daughter of the in-form Foxwedge enjoyed a weight drop from her previous placing at Benalla and every thing looked to be well in place after a good draw.

But of course things do not always go to plan in racing and when the gates opened Here de Fox was not quite ready, missing the start by a length or two - ending up on a tricky position well back along the rails.

But apprentice Will Price did not panic and Here de Fox travelled well in a race run to suit, the leader putting good speed into the 1200m contest and when the pressure went on our girl was able to respond.

"I was a bit worried early," Price admitted, "but she travelled into it nicely and luckily the runs came up on the inside. She was able to take advantage of them and she hit the line well."

Weaving through the field turning, Here de Fox ducked back towards the rails in the straight and gave a good kick, her winning margin a soft 3/4 lengths.

"I was confident from before the turn that she was going to be finishing off well," Price said.

A two times winner and five times placed from just 11 starts, Here de Fox - who races in the fluorescent yellow colours of Australian Thoroughbred Bloodstock - is a home-bred for the company's Darren & Elizabeth Dance who also raced her dam, the winning Dehere mare Here de Speaker.

Served last year by Tosen Stardom, she is half-sister to the stakes placed Lagerphone out of the multiple city winning Success Express mare Speaker. Her two-year-old Loudspeaker debuted for the stable in late January, running a nice race without the best of luck. 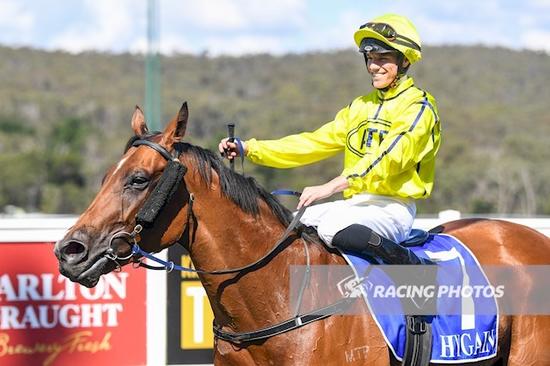