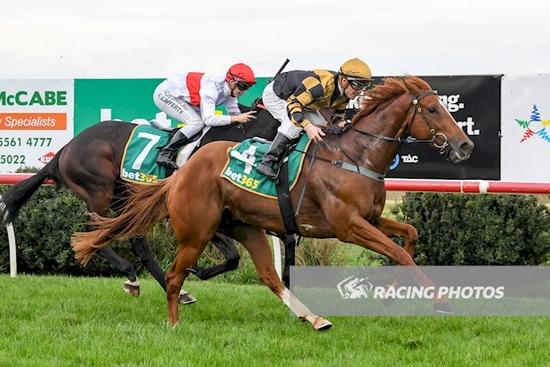 It is always nice to welcome a new clients to the fold and better still when their horse makes a winning debut for the stable - as did the good-looking chestnut Quality Approach who proved too strong for his rivals in a BM64 mile contest at Terang on Sunday.

Having his first start since coming across from New South Wales, the Eric Koh (who was cheering on from his Singapore base) owned four-year-old has always shown good ability having won three of his first ten starts, his career hindered by wind issues.

"His work at home had been good enough to be competitive," Mitch said, "but it is hard to be confident with a horse coming off such problems."

"The good thing is that he handles soft going which is great coming into winter," he said, adding that "we will slowly step him up in distance," - noting that Quality Approach has won up to 2300m.

Patiently steered by Jarrod Fry, Quality Approach sat midfield in a race with good pace on, making a run from the 600m and finishing off strongly to salute by 3/4 length.

Bred in Queensland by Grand Park View Stud, Quality Approach is a son of the multiple Group One winner Dawn Approach (a grandson of Galileo) and the city winner Haradasun mare Canossa.

Served last spring by Epaulette, she is also dam of the metropolitan winner Prospectus. This is a good Australasian family whose members include the stakes winners Lady Of The Desert (Canossa's grandam), Lady Solvil (her third dam), Greig, Reasoning and Cross Swords. 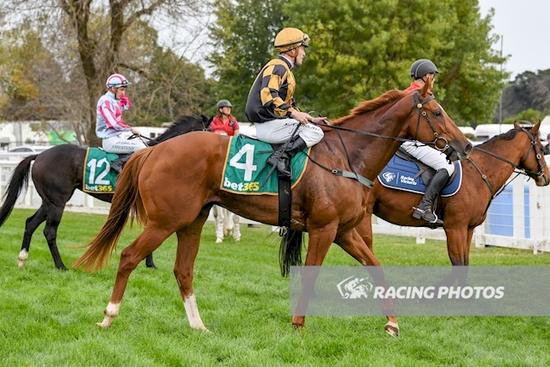