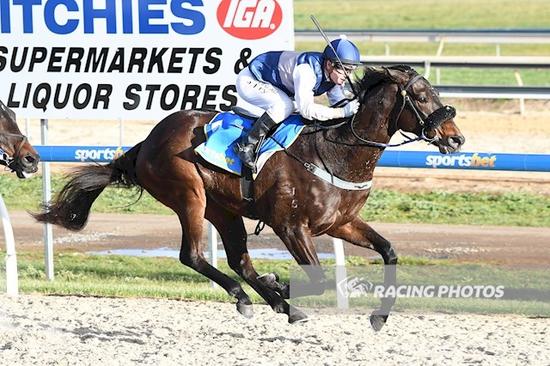 What a performance it was by Battle Master at Ballarat on Tuesday, the tough four-year-old having to weave his way through the field to claim victory in the BM58 1400m contest.

Eased back from a tricky outside gate, the consistent bay was at one stage a length or two behind the second last horse - but always in a good rhythm with Jarrod Fry riding a patient race.

Edging closer before the turn, Battle Master still had a bit of work to do straightening... if he was to hook out wide he'd lose ground... if he was to stay where he was he may have found trouble!

But Fry steered a course through the field and up along the rails over the final stages, Battle Master so strong late that he was able to draw clear to win by an impressive 3/4 length.

Mitch Freedman was very happy to see Battle Master back in the winner's circle on the back of three consecutive thirds - "he had been knocking on the door and certainly deserved that win, as did his owners."

"He has built up quite a good record now (three wins, six placings from 15 starts) though he has thrown a few races away in between, if you hook him out wide he tends to lay in."

"So we tinkered with his gear a bit and rode him quietly, he won his maiden up the rails in similar fashion, he can't lay in when he is on the fence!"

The win was an especially special one for strapper Bianca Karp, her first winner since joining the stable just over a month ago - well done Bianca! 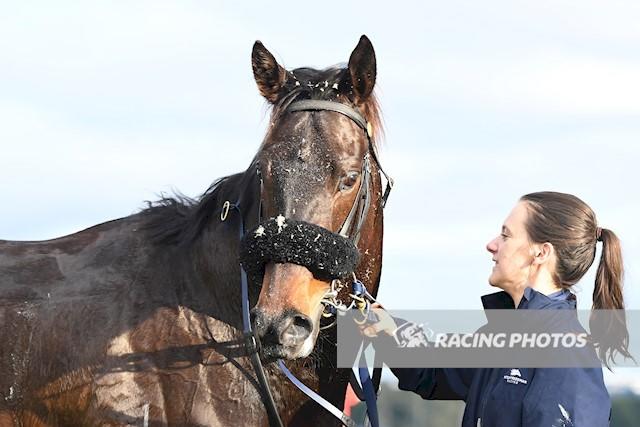