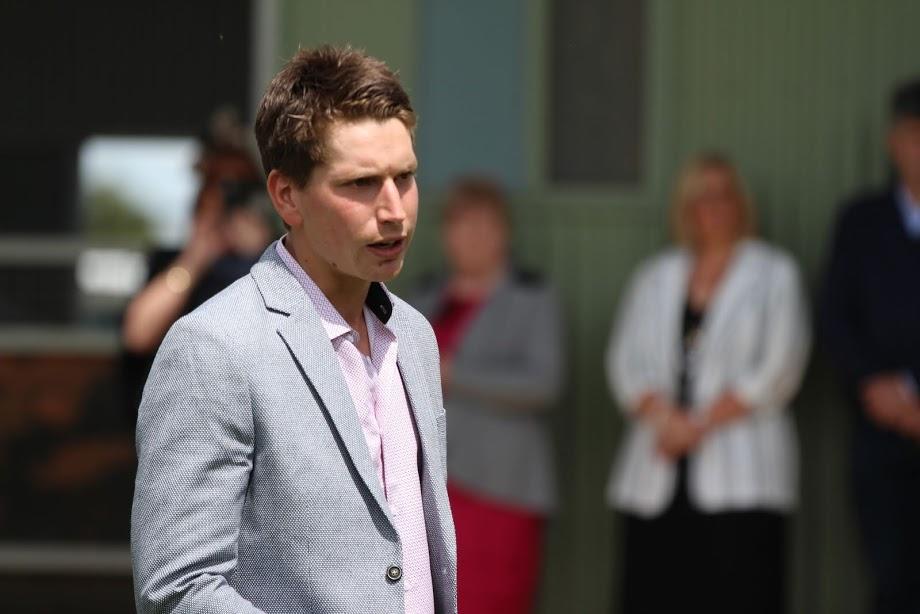 Mount Gambier is not just around the corner but the long drive was a worthy one on the back of an easy maiden victory for Woolsthorpe Reign on Friday.

Having just her fourth start, the chestnut was nicely placed up in distance having finished off well over 1200m when resuming at Echuca in early November… her form seeing her sent out favourite in the 1400m contest.

Always travelling well behind the leaders for in-form apprentice Will Price, Woolsthorpe Reign gained a lovely split as her rivals drifted out turning – getting up along the rails, quickly getting clear.

Saluting by an easy 3 1/2 lengths, Woolsthorpe Reign was cheered on by her happy owners led by Colin & Janice McKenna who are best known for having raced the Caulfield Cup heroine Jameka.

It is our first winner the McKennas – and we hope there will be many more!

It was a first also for Will Price, his first win in his home state, one made all the more exciting by his father, the accomplished rider Simon, being present – as was his grandfather Robert.

“It is a big thrill,” Price said – and his day just kept improving as later on he was able to take out the day’s feature, the Mount Gambier Cup aboard Patch Adams.

Stable representative James Sclanders was happy to see Woolsthorpe Reign win in such dominant fashion, noting that “she has still got a fair bit of improvement in her – in regards to her fitness and her racing manners.”

“She has had a few niggles here and there,” he continued, “and has just taken a bit of time to mature – but she is getting there and she was just too good today.”

Also the dam of the eight times winner Woolsthorpe Store, Halos Crown (a descendant of the famed matriarch Teppo) is a half-sister to the Gr.3 winner At Risk from the family of Group winners Rose Of Dudley and Count Cambridge.