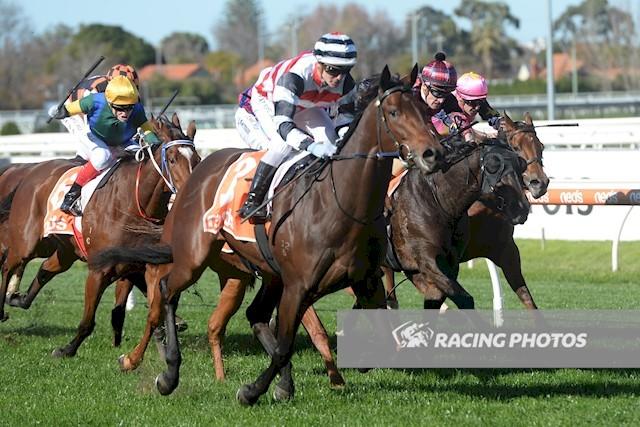 Hard work behind the scenes paid off at Caulfield on Saturday with the talented filly Broadwayandfourth charging home to an impressive victory in the 1100m dash.

A stakes winner at Moonee Valley last spring, it is a given that the three-year-old has plenty of class but she had been out of the winner’s circle since that success – developing a habit of getting just too far back in her races.

But again she got right out of her ground at Flemington and so the thinking caps went on!

“A big thanks to Billy Egan,” Mitch said after Saturday’s success – “he came up and rode her in a jump-out on Tuesday and got her on pace, and you can see that today she was a bit better away – and when you don’t have to make up so much ground you get a better result.”

Shaken up to get up a big lead in the home-track 850m jump-out, Broadwayandfourth was a soft winner so not only was it an education for her, but a confidence booster as well.

“Ben Melham hopped on today,” Mitch said, noting that “it is great to have these top class riders at home and on race day.”

“She still has a little bit of work to do at the top of the straight but not as much as she has had at her last couple,” he said, going on to describe Broadwayandfourth as “a horse with a lot of ability.”

“She taken a whle to get fit this campaign, she came back a bit grosser than she was last time in.”

“I think she can be a fringe player in the spring mares races.” 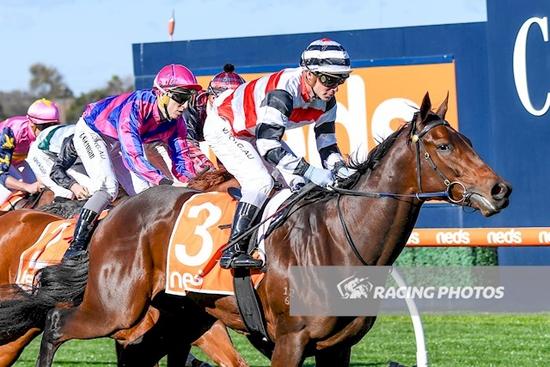 Raced by her happy breeders Bungan Street Thoroughbreds, Broadwayandfourth is a daughter of Smart Missile and the stakes winning Statue Of Liberty mare Broadway Harmony.

Served last spring by Kermadec having produced a Dissident filly in mid-September, Broadway Harmony is also the dam of the city winner Broadway And First. She hails from a strong local family whose members include the stakes winners No Mischief, Diamond Park, Mighty Rossa, Brooklyn Dodger, Rancho Man, Bronx Bomber and Sea Scandal.