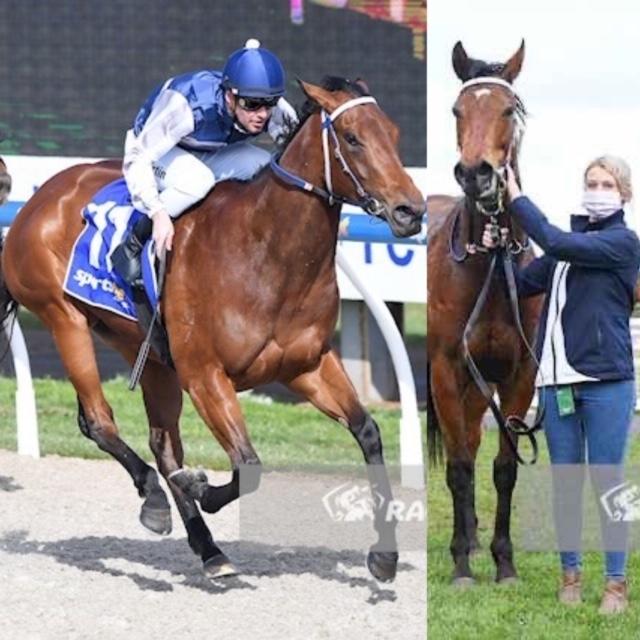 On a successful day at the stable’s home track of Ballarat, Money In My Pocket and No Nay Emerald both scored maiden victories to secure a winning double for the team.
Money In My Pocket, a filly by Headwater out of Al Maher mare Little Evie, kick-started the day with a powerful win in the Polytrack Maiden Plate (1200m). After being given a sweet ride by Jack Martin just off the speed, the horse was produced at the top of the straight and charged away from her rivals to score by a length-and-a-half on the line.
Money In My Pocket is a three-year-old which was purchased for $15,000 by Scott McQueen at the 2019 Magic Millions Gold Coast Yearling Sale and was having her first run this preparation.
“We have liked the filly all along but that tight circuit at Cranbourne, she just never really got comfortable at her first start and she was still a bit weak then,” Freedman said.
“She probably is a fraction on the weaker side still now so she’s a filly that has got a bit of improvement to come and it was good to see her get the win on the board today.”
It was then over to stablemate No Nay Emerald to bring up the second leg of the winning double.
Apprentice jockey Tatum Bull produced a strong front-running ride on the three-year-old, which jumped quickly and led all the way to land the Carlton Draught Love For Your Local Maiden Plate (1000m) by a narrow margin.
Like Money In My Pocket, it was the daughter of No Nay Never’s first start this preparation and just her second overall.
“She’s a fast little horse. We took the claim and got in with no weight. We just let her run fast and that’s what she’s good at doing,” Freedman said.
“She had them off the bit and chasing a fair way out there.
“She’s only pint-sized. She’s got a bit of heart about her and wants to run fast. But she’s only a small little filly so getting that weight off her back is certainly a big advantage to the small horses in my opinion.”
No Nay Emerald was bought by Otway Bloodstock for $65,000 at the 2019 Magic Millions Adelaide Yearling Sale.